It is with deep sorrow that we say farewell to Juan Carlos Copes, one of the greatest references of the great Argentine genre, who imbued it with a more than personal style from the standpoint of dance and choreography. He was born in Mataderos in 1931 while his grandfather was playing a tango in the courtyard. A destiny marked to the rhythm of the 2×4. As a child he was raised among milongas as the beginning of a career that would take him to the great stages around the world.

He shone on the marquees of Broadway and was applauded throughout Europe. Together with María Nieves, he formed an unforgettable dance couple and put on unique shows, such as the emblematic Argentine Tango. He was the main ambassador of a style that made school. Tango today regrets its departure.

The Ministry of Culture bids farewell to Copes

In view of the dancer’s death, the Ministry of Culture of the Nation expressed: «with deep sorrow, we say goodbye to Juan Carlos Copes, one of the greatest referents of tango».

«He shone on the marquees of Broadway and was applauded in Europe. He formed an unforgettable dance couple with María Nieves and put on unique shows,» indicated the organization’s Twitter account.

As soon as the news about the death of the milonguero, who died on Saturday at 89 years of age from the coronavirus, the repercussions were not long in coming.

The Argentine Actors Association highlighted that Copes «is synonymous with Tango. He brought our dance from the Rio de la Plata to the stages of the world and was a pioneer in the creation of tango choreographic shows. Our condolences to his family and friends, accompanying them in this difficult moment».

The actor, businessman and politician Nito Artaza wrote: «To the family and friends of Maestro Juan Carlos Copes, my condolences on his departure. May he be with God»; while, more briefly, the Minister of Culture of Buenos Aires, Enrique Avogadro, published «QEPD Juan Carlos Copes».

For her part, the singer Amelita Baltar said: «I have no words. May the Lord receive you, dear Negro. Thanks for so much Juan Carlos Copes» and the Multiteatro account indicated: «Juan Carlos Copes died, a huge name of the Argentine show. Great protagonist of the tango in our stages».

The scriptwriter Mario Segade contributed about the departure of the dancer that «the great Juan Carlos Copes left. He was a great figure on the checkerboard. Master of the masters. He took his art around the world, we owe him a lot».

The character of Juan Carlos Copes can also be seen in his words, which the Télam agency picked up on throughout his impressive career.

Knowing the pulse and the entity of a genre to which he contributed from the dance, Copes told Télam in June 2003 that «tango is the beautiful anguish of the people.

And about his specialty he added: «Tango forces you to a special mystique, it forces you to do what you can with a woman in your arms.

Able to add to his popularity when dancing, the creator of «Tango Argentino» assured that in the dance he always felt «as transgressive as Piazzolla in the music».

A little more than a year earlier, in February 2002 and in another interview, the milonguero said that «the meaning of the dance in tango is that of romance, when symbolically the man conquers the woman in a sensual and ritualistic approach, while a sensation grows that runs through the whole body.

About his style, in January 1995 he synthesized: «I discovered that the one who made many steps lost elegance. The tango-salón was elegant, and the orillero abounded in movements and pirouettes. I asked myself why not fuse both things: to have elegance and to make figures. That’s how I defined my style».

Asked about his success, in November 2000 he warned: «While it is true that I am a recognized dancer, it is also true that I always had to go outside to be able to work. I regret not having been able to be a prophet in my land».

In that talk, he expressed his concern and resignation about the little diffusion and importance given to tango in Argentina and he said that citizen’s music «outside is considered popular culture, while in our country it is still a marginal thing».

«In Argentina,» he added, «there are no incentives or spaces for those who want to be professionals in both the dance and the music. There are local bands that are wonderful, and here they play sporadically and outside they are kings».

However, he showed hope in the recovery of this culture by the hand of the new generations because, he said, «in tango there is no master, there are no rules, only codes and exercises, it is an index of freedom that the children are valuing because they find their roots and their idiosyncrasy in it.

Other sites you may find interesting to explore 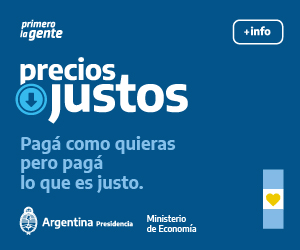 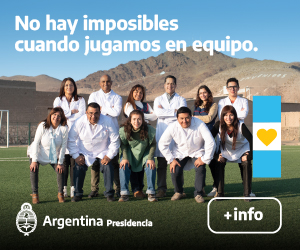